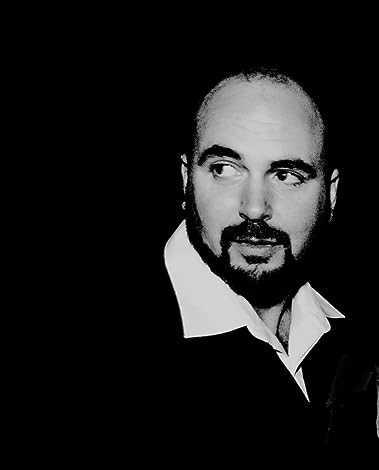 William Cook is a writer of the macabre from New Zealand, a small antipodean island group in the South Pacific. When not writing, he looks after two small daughters and designs book covers that are designed to scare the hell out of people. Having held down a multitude of jobs he brings to his writing a vast array of experience that translates to the page in the form of strange characters and situations that bleed horror. From slinging timber in lumber yards, cutting plastic film in a meat packaging company, making rat-poison and acid cleaning products, working on a prawn trawler in the Gulf of Carpenteria, selling ads, and teaching English in Korea, to name a few of the roles he has performed - being a starving writer of Horror fiction seemed like a completely viable occupation.

William's novel 'Blood Related ,' was re-released by Black Bed Sheet Books, Halloween 2012. Writing it was a labor of love and took him roughly six years and it wasn't until he changed day-jobs that he had the time to bring it all together as a debut novel. The novel is about a disturbed young man called Caleb Cunningham, whose violent father is a suspected serial killer and mother, an insane alcoholic. After his father's suicide, Cunningham's disturbing fantasy-life becomes reality, as he begins his killing spree in earnest. His identical twin brother Charlie is released from an asylum and all hell is about to break loose, when the brothers combine their deviant talents. Blood Related is a serial-killer/crime novel told in a first-person narrative style from the killer's (Caleb's) point-of-view.

If readers would like more information on 'Blood Related', including bibliographical and background information on the extensive research and reading done while creating the novel, please visit: http://bloodrelated.wordpress.com/

William's current WIP is a sequel to 'Blood Related,' tentatively titled 'Blood Trail' and should be available by the end of 2014. This work deals more with the character of Detective Ray Truman, as he struggles with his own demons and his obsessive pursuit of Caleb Cunningham, the main character in 'Blood Related'. He is also working on a serialized novel – the first book titled 'Creep' is available now on Amazon. Cook is also in the process of writing the novelization of David Blyth's movie, 'Wound'

You can check out William Cook's writing here: http://williamcookwriter.com/

William Cook bids you well and hopes you enjoy his macabre offerings and that they may whet your appetite for more in the future.

“William Cook - writer, poet, artist, editor. This talented man has no illusions about the horror that is human nature. His exploration of torture, murder and mayhem combines the scientific precision of a scientist dissecting a specimen with the creative flair of a sculptor working with words. Something tells me that he is just getting started and we’ll be seeing a lot more of his dark crafts in the future.”
– Anna Taborska, author of For Those Who Dream Monsters, director of The Rain Has Stopped, Ela, The Sin, My Uprising, A Fragment of Being
"William Cook is a dark author of terror and a master of the close up scene of realistic crime and acts of horror. There are a handful of new names in the horror field who cause a visceral reaction in the reader and Cook is one of them. He has his hand on the pulse of the macabre."
- BillieSue Mosiman, author of Wireman

“William Cook is an uncompromising horror writer. Be prepared to slink down the underbelly of the world as visions are revealed that can't be unseen. Strong stomachs required here folks!”
- Rocky Wood, President of The Horror Writers Association and Stephen King biographer.

“A world-creator who fuses the psychosis of character with literary poetics, William Cook will disturb you, enlighten you, and entertain you.”
- Vincenzo Bilof, author of The Horror Show

“William Cook is an author to watch.”
- Mark Edward Hall, author of The Lost Village and The Holocaust Opera
“William Cook is a damn good writer. His style of writing and how he composes a story is exactly what horror readership is starving for and why horror movie fans should start reading him if they don’t already. They don't know what they're missing. His stories are part Tarantino in their brilliance, Thomas Harris in raw violence, and utterly William Cook in originality.”
- Nicholas Grabowsky, author of Halloween IV and The Everborn

“William Cook creates madness with the unsettling candor of yanking a hair out all the way to its root. He gets right to the point with a bloody scalpel edginess and an EEK Factor attached. I admire his darkness in drawings and savor the same startlingly macabre imagery in his verse and prose.”
- Lori R. Lopez, author of An Ill Wind Blows and The Fairy Fly

“William Cook knows horror from Fiction to Nonfiction, and he has a gift for blending the two genres seamlessly. You pray his fictional horror is not real, and hope his nonfiction horror is fiction. No matter what book of Cook's you read, you'll be hoping and praying. Here is Horror that you revel in with fascination and repulsion. William Cook has reinvented "Libertine Horror".”
- Anthony Servante, author of East Los and Killers and Horror: Ink Black, Blood Red

SUBSCRIBE TO MY MAIN SITE FOR LOTS OF GOODIES! 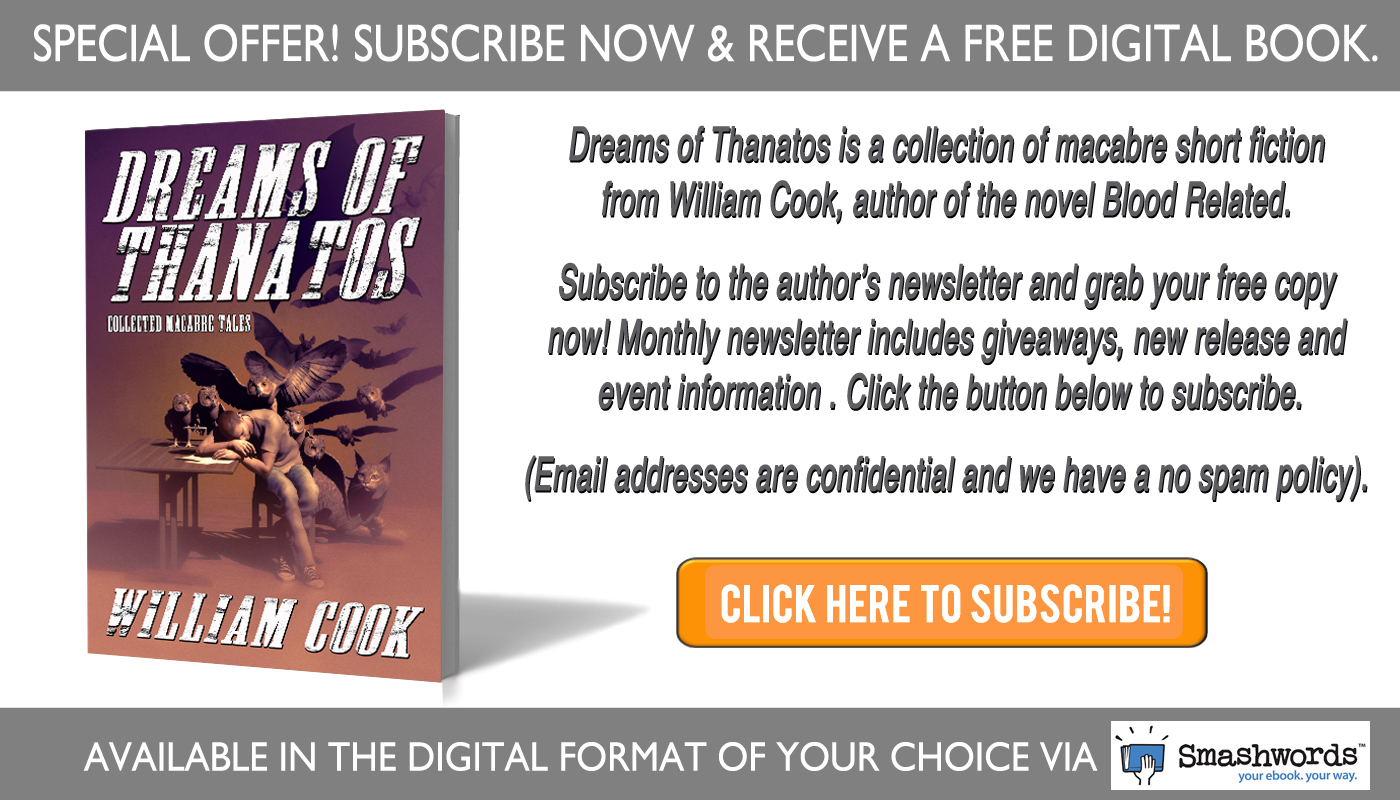